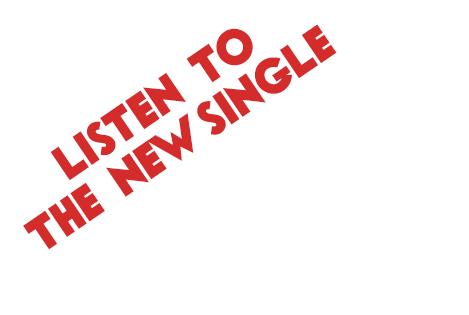 So if you want to get a chance to be a part of my next album and you have a story that you think deserves to be written in to a song, send it to info@osmoikonen.com and I’ll see if I can make something out of it! 🙂

I thought it would be a good time to write something about what’s going on with me and my life, since the last blog I wrote was last april… What can I say, I’m a lazy guy with too much other stuff on my mind.

Instead of writing blogs, I’ve been focusing on writing my new album. I always thought it was kind of  a myth, that the 3rd album is the hardest to do for any artist, but now I’m beginning to believe that’s true. I started writing new material almost two years ago and managed to write enough songs to release an album. After a while the songs started to feel like they’d been written for someone else then myself, so I decided to do something that the music industry calls “killing your babies” – I threw away all of them and went back to the drawing board. It was a hard decision to make, but a very good one as well, since the songs I’ve written since sound a lot more like me.

I’m happy with the way the new material is developing, but I’m still missing a few good songs. That’s why I’m going to London for the next 10 days to clear my head and hopefully write some great new songs. The idea is not to do everything all by myself this time, but to co-write songs with various songwriters. It’s going to be a busy trip, since I have a songwriting session with a different musician almost every day. London is one of my favorite towns in the world, so I’m very exited about going there again.

I can’t put in to words how good it feels to be walking on the ancient streets of Athens in + 20 celsius, without a cloud in the sky, when only 12 hours ago I was back home, freezing my ass off, trying to get my car out of the deep, brown colored snow, witch we finns like to call “räntäpaska”. I don’t know if there’s translation for that in English language, but basically it means “snow that looks like shit”.

We’re doing an acoustic show for the Greek MTV with Sunrise Avenue tomorrow and today was technically a day off. It’s been a while since the last time we played unplugged and I’m really looking forward to it! I’m not saying I don’t like doing the rock shows, but it’s a nice change to focus just on playing the piano as well as I can, instead of rocking long chords with a synthstring sound and mainly focusing on shaking my butt. Even though the Greeks haven’t done a very good job on keeping their economy in balance for the past few years, I have to say they are very nice people and just walking on the Acropolis hill and breathing in the air makes you humble to the history behind the scenes.

I’ve been trying to get back on writing the new album for the past few weeks, but to be honest, I haven’t got much done, since I’ve been so busy doing the Voice of Finland, Sunrise and The Northern Governors. We released our debut album with TNG last week and things are looking good for the funk family. We have alot of shows booked for the summer and the album has gotten great reviews. But for all you pop music lovers out there, I have to give a heads up – it’s quite far from a pop album and if you’re looking for big choruses or something easy to sing along with, you might be disappointed. Be that as it may, I still think it’s an album worth checkin out and most definitely a band worth seeing play live. I think the band is at it’s best when we’re just jamming some random shit and communicating with each other musically. We’ve been recording our jams at the soundchecks and we’re planning to write the songs for the next album based on those random jams. Very much looking forward to that also. But I promised myself to really start writing my own stuff as well and I’ll get back to you on that next week.

Just letting you all know, I made it through the week without having a heart attack. It’s nice to find out that when your’re doing a job that you truly love, it’s easier to fight against the stress, no matter how hectic the schedule is.

After shooting 10 episodes of “Ilta Annen ja Hannahin kanssa, one live broadcast of  “Voice of Finland” and doing a solo gig in Vuokatti, I can still say to my self “job well done!” or at least “you did the best you could man”. Thanks to all the lovely people in Vuokatti once more, it’s always  so great to get to sing my own songs to a house full of great audience.

Now, I’m on my way home from the airport and can’t wait to get started on doing absolutely nothing!

Well, it was probably the best tour with Sunrise Avenue, that I’ve ever been a part of. Fantastic crowds, cool venues, cities/countries I’ve never been to and lots of laughs and a few aftershow parties. Thanks again to all the people involved, and I do mean all the people!

I wish I could say that my schedule for the next two weeks consists only of me sleeping on the sofa and watching TV, but I’m afraid the truth is far from it… I was asked to do this TV show called ”Ilta Annen ja Hannahin kanssa” right after the tour with SRA. It’s a talkshow and my job is to perform a song, selected by the guest at the end of every episode. Quite interesting songs I needed to rehearse by the way, never thought I’d have to learn to sing ”I’m a slave 4U” by Britney Spears for example…

Anyway, their schedule was very hectic and they wanted me in the studio the next morning after the last show on tour in Münster and the plan was to shoot 10 episodes in 3 days, a challenge to say the least. This meant I had to take a train from Münster to Düsseldorf airport right after the show, take the 6.10am plane via Copenhagen to Helsinki, hop in to a taxi, drive straight to the TV studios and immediately start recording. All went ok until I got out of the airplane in Copenhagen and saw that the flight to Helsinki was cancelled. I ran as fast as I could to the other end of the huge airport to see if I could catch the next possible flight, same time explaining to the producer on the other end of the phone about my situation. After the mini marathon and 30 minutes of waiting in the cue, I was told that the airline company couldn’t book me for the next flight and that I would have to wait for over 3 hours at the airport. The only positive thing about all this was a free coffee coupon I got from SAS, which only got me a half tall vanilla latte at Starbucks.

Eventually I got on the plane and started my flight towards Helsinki. The plane landed on time and the producer off the TV-show managed to change the whole production schedule, so that I could still take part in the show. I got my luggage pretty quickly too and just when I thought I was in the clear, I remembered I had left my car at the airport before the tour and I had to get it. The parking lot was 1km away from the terminal and I had to take a bus to get there. I found my car relatively quick, but when I tried to start the car it was completely dead. The battery had died while I was away and there was no way I could get it going. I called the taxi company to come and pick me up but I was told that they wouldn’t send a car to the parking lot and I would have to go back to the terminal. At this point, after 15 hours of traveling and about 40 hours with no sleep, I nearly started crying. I was already late from the set and the only option was to run 1km back to the terminal, with all my gear and get a taxi to the studios. I forced my self to run and so I did.

Finally I got to the studios soaked in sweat and looking like a disaster. I didn’t have any time to open up my voice or anything. I just went straight to the piano they’d set up for me and “action!”. It didn’t help that the first song I had to do was “You raise me up” by Josh Gorban – not the easiest song in the world to sing properly.

Well, I’m still writing this blog, so that means I made it through everything alive. If you wanna check how I did, you can tune in to YLE FEM, on April 9th , at 9pm. The show airs every Monday for the next 9 weeks starting from that date. I’m not sure if I dare to watch it though…